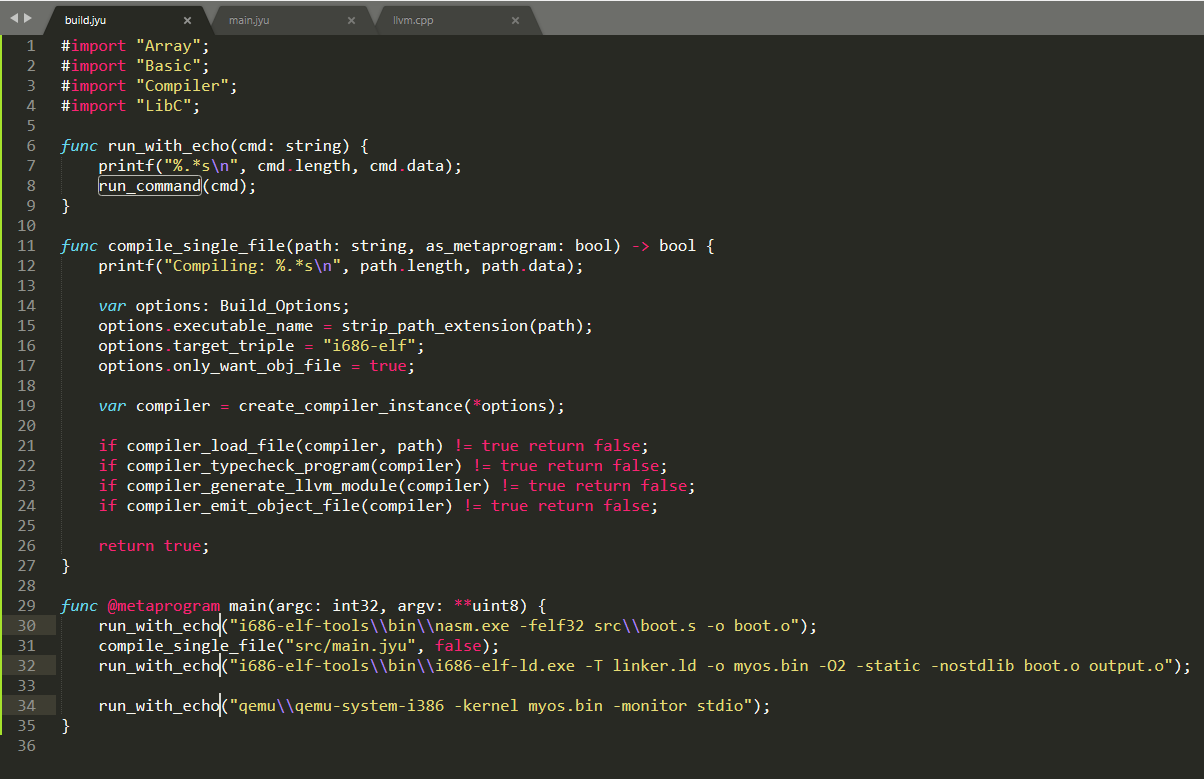 <
1
2
3
4
>
Jiyu is an LLVM-powered, low-level language being developed for fun, with the following subgoals:
-Implement an appealing syntax that reduces friction and enables ease of refactoring.
-Have the ability to just drop the compiler and its dependencies into existing toolchains for cross-compiling.
-Be able to manipulate memory unencumbered.

Jiyu supports a full compile-time execution model along with a built-in API to harness the compiler as a library, and one may build a robust build-system in Jiyu for their project. However, for those that need to integrate Jiyu code into a pre-existing code-base with an already established build system, Jiyu also supports common command-line switches for generating just a .o/.obj file, setting the target triple for cross-compiling, or just specifying the name of the output executable. This makes Jiyu simple to integrate into an IDE, such as Xcode, a CMake system, or a script.

is the compiler available?
ionut — 1 month, 3 weeks ago — 0 comments